Committee on Allowances: No change in HRA

New Delhi:: Allaying the fears of central government employees, the Finance Minister Arun Jaitley appointed Committee on Allowances, under Finance Secretary Ashok Lavasa, in July 2016, which submitted its report on Thursday ruled out any change in house rent allowance (HRA) and dittoed the 7th Pay Commission. 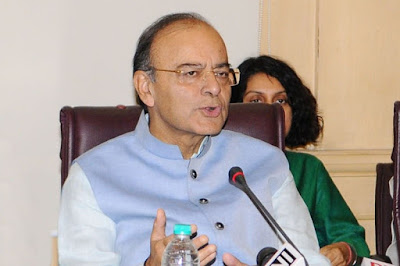 Finance Minister Arun Jaitley appointed Committee on Allowances, under Finance Secretary Ashok Lavasa, in July 2016.
Finance Ministry sources today said on condition of anonymity, there is no scope to change in house rent allowance (HRA), which were recommended by the 7th Pay Commission.
The sources came up with this remark while talking to us about the report of Committee on allowances.
Those who hope over this issue will gain nothing as no change on 7th Pay Commission recommendations in respect of HRA was made by the Committee on Allowances, they added.

Replying to a question, the sources said, “the present rate of house rent allowance — of 30, 20 and 10 per cent — has been reduced to 24, 16 and 8 per cent respectively by the by the 7th Pay Commission.
The Commission also recommended, that the rate of HRA will be revised to 27 percent, 18 percent and 9 percent respectively when DA crosses 50 percent, and further revised to 30 percent, 20 percent and 10 percent when DA crosses 100 percent.
The central government employees’ unions leader said that the proposed house rent is not enough for employees to make a living in cities. They had demanded a hike in House rent allowance 30, 20 and 10 per cent respectively according to new pay matrix.”
“The committee on allowances stuck with the 7th Pay Commission’s recommendations on HRA and the government is likely to accept it.” the sources confirmed.
However, the committee on allowances has suggested certain modifications in some allowances which are applicable universally to all employees as well as certain other allowances which apply to specific employee categories such as Railway men, Postal employees, Scientists, Defence Forces personnel, Doctors and Nurses etc, the Finance Ministry’s press note said.
The 7th Pay Commission had recommended that of a total of 196 allowances, 52 be abolished altogether and 36 be abolished as separate identities by subsuming them in another allowance.
TST
Posted by SREEDHARASWAMY at 21:25